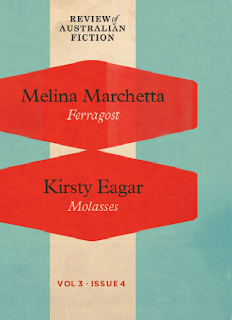 
"Lady Celie of the Lumateran Flatlands is visiting the Belegonian spring castle on the isle of Ferragost. Cut off from the rest of Belegonia by poor weather, she is confined to the island with four others, including the mysterious castellan of the castle. When the body of one of the guests is discovered on the rocks outside the east tower, Celie is not only considered a suspect, but finds herself embroiled in events that are entwined with her own kingdom's cursed history, as well as the future of the entire land of Skuldenore."


Every spring the King of Belegonia and his family stay at the Ferragost castle located off the coast of Belegonia. This year they invite Lady Celie of the Lumatere Flatlands to join them at Ferragost. While the arrival of the royal family is delayed by the weather, someone is murdered at Ferragost Castle and Celie decides to help the Castellan of the isle, Banyon, solve the murder. But it becomes tricky when Banyon suspects her of the murder and accuses her of being a spy for Lumatere.

Although it's a short story, Ferragost pretty much has everything I love to find in a Melina Marchetta story! There's always a surprise (or two or three!), something I never see coming. Even when I think I have the mystery solved, I never would have guessed the real reasons behind the characters' motives and actions. It tends to leave me in awe with my mouth hanging open and wondering how Melina Marchetta always manages to do this to her readers.

Melina's characters and the relationships in her stories are some of my favorites ever. Celie and her relationship with Banyon is no exception. On the outside Celie looks frail, but on the inside she's a total badass. I adored her! I also loved Banyon and Celie's interactions with him. Banyon doesn't seem to trust her and comes off as really rude, but there's an attraction there between them. So you can imagine the tension that builds whenever they're around each other. Celie will play a role in Quintana of Charyn, and I'm really really hoping Banyon will too! Even if it's a minor one, I don't care. He is up there with how I feel about the other male leads in the series. It amazes me how quickly and easily I can fall in love with Melina Marchetta characters. They are just that awesome.

According to Melina, Ferragost takes place around the same time as events in Quintana of Charyn but doesn't spoil anything. If you're a fan of the Lumatere Chronicles, I highly recommend you read Ferragost! It'll make you want the final book in the series even more, but at the same time it'll satisfy you and be the fix you need while you wait for QoC's release.

(Ferragost is featured in an issue of the online journal Review of Australlian Fiction. More info here. And it can be purchased here!)
Posted by A.J. at 12:50 PM