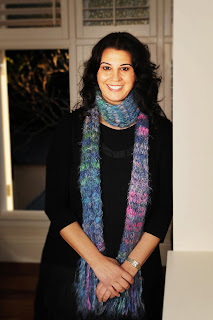 Melina Marchetta's first novel, Looking for Alibrandi, swept the pool of literary awards for young adult fiction in 1993, winning the Children's Book Council of Australia (CBCA) Book of the Year Award (Older Readers) among many others. In 2000 it was released as a major Australian film, winning an AFI award and an Independent Film Award for best screenplay as well as the NSW Premier's Literary Award and the Film Critics Circle of Australia Award.

Melina taught secondary school English and History for ten years, during which time she released her second novel, Saving Francesca, in 2003, followed by On the Jellicoe Road in 2006, and Finnikin of the Rock in 2008. Saving Francesca won the CBC Book of the Year Award for Older Readers. On the Jellicoe Road was also published in the US as Jellicoe Road, and it won the prestigious American Library Association's Michael L Printz Award for Excellence in Young Adult Literature in 2009. In 2008, Melina's first work of fantasy, Finnikin of the Rock, won the Aurealis Award for Best Young Adult Novel and was shortlisted for the 2009 CBCA Award for Older Readers. Melina's most recent novel, The Piper's Son, was published in 2010 and has been long-listed for the Miles Franklin Award and shortlisted for the New South Wales Premier's Literary Awards. Melina's novels have been published in more than sixteen countries and twelve languages.

Melina lives in Sydney, where she writes full-time.