- Melina said that this month she will be traveling to various cities in Europe to get a better feel of the landscape in Quintana of Charyn. Really cool!

- The cover for Quintana of Charyn is already in the works. Between the Lines will let us know when it will be revealed.

- Between the Lines also celebrated Aussie YA Week this past week and had a Flashback Read featuring a "sexy bus stop smooch" between Josie and Jacob from Looking for Alibrandi.

- The Piper's Son was selected as one of YALSA's 2012 Best Fiction for Young Adults! Congrats to MM!

- The US paperback edition of The Piper's Son has a release date of August 14, 2012. It will have a new cover and sell for the awesome price of $7.99! Pre-order on Amazon.

- Froi of the Exiles recently received a starred review from Publishers Weekly! Another congrats!

- The cover model for the Australian editon of Froi of the Exiles is photographer Zack Ahern, and you can follow him on Twitter @ZackAhern.

- Wear the Old Coat also did a wonderful interview with Zack Ahern here. Zack answers questions about the Froi cover and his photography.

- Speaking of interviews, here are some recent and insightful ones with Melina:

- MM also did a guest post at Chachic's Book Nook where she talks about her love for Eugenides from The Queen's Thief series by Megan Whalen Turner! And MWT leaves some comments! Huge squee!

- Remember the awesome Jellicoe map? The artist is Anna Musarra, and you can follow her on Twitter as well @frankieblythe.

- Seen lots of fanart for MM's novels lately and have to share them:


> Evanjalin and Jonah Griggs by Simini Sketches
> The Rightful Heir to Lumatere by mynameisqwerty
> Isaboe by SallenD15
> Aldron Takes a Stand, Characters, Not so simple, Sun and Moon by leabharlann


That's it for this edition of News in Less Than 132 Minutes! :D I know I probably sound like a broken record, but, again, if you would like to guest post (it can be about ANYTHING relating to MM and her novels, including reviews) then send us an email at marchettafans[at]live[dot]com! We'll be happy to share it. You can read all the great Fan Posts already posted on the blog here. :)
Posted by A.J. at 3:14 PM 1 comment: 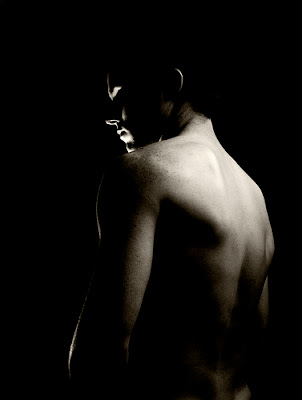 Ever wanted to know more about the cover model on the Australian edition of Froi of the Exiles? Well, you're in luck! The model is photographer Zack Ahren, and Froi of the Exiles is actually his first book cover. You can read an interview with Zack over at Wear the Old Coat where he answers some questions about the cover and his photography. Props to Wear the Old Coat for such a great and unique interview!
Posted by A.J. at 2:02 PM No comments: